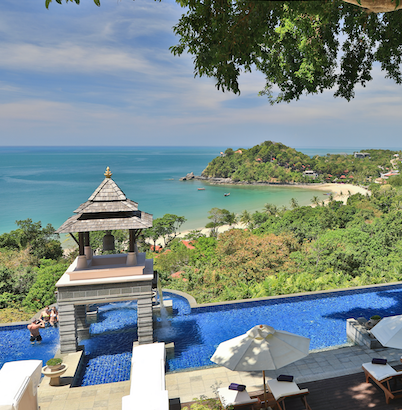 Koh Lanta Noi is the smaller of the two islands and doesn't have tourist facilities. Visitors traveling by road from the mainland travel across the smaller island on the way to the resorts on Koh Lanta Yai.

Koh Lanta Yai is made up of Si Raya (known today as Lanta Old town), a small, quiet village with 100 year-old shacks and shop-houses built on stilts over the water. Ban Saladan on the northern tip of the island is the business and commercial center where most visitors arrive on the island. Koh Lanta Yai has a very diverse cultural mix with Thai-Muslim, Thai-Chinese and the original Sea Gypsies, all having lived on the island in harmony for hundreds of years.

The west coast, where Pimalai is located, faces the Andaman Sea, lined with astoundingly beautiful white sandy beaches and views of breathtaking sunsets in the horizon. The east coast is less developed and offers glimpses of life before tourism. It faces the mainland and has a coastline largely consisting of mangroves and large limestone rock formations.